A comment was aimed at me the other day beginning with the words, “You republicans …….!”   Some people just do not get it at all.  It is no longer about Republican versus Democrat.  It is about the destruction of America!

I am not a Republican although I was for a period of time.  The Republican Party has let me down too many times now.  Can you tell me what the Republican Party stands for?  I can!  It stands for nothing.  They make promises to constituents to get elected and then cave on those same issues at the slightest pressure from the White House, the Democrats, or the press.  And, they do this despite having been given a majority in both Houses of Congress by the voters.  So either they suffer from completely deflated balls or they are RINOS.  It really doesn’t matter at this point.  I know there are a few truly conservative Republicans trying to do something to protect Americans but they are hamstrung and attacked by their own party.  This is why I am no longer a Republican.

I can certainly see what the Democratic Party stands for today.  It is obvious if you watch the news.  The current Democratic Party stands for Planned Parenthood selling aborted baby parts, making terrible deals with our enemies while abandoning our allies, giving illegal aliens free rein to steal from, rape and murder American citizens.  You think Trump is wrong?  He may not be the candidate of choice for me, but at least he speaks the truth.  The murder of Kathryn Steinle on the Embarcadero in San Francisco by an illegal alien is only the most recent example of a crime committed by an illegal alien.   Laura Wilkerson’s 18-year-old son was brutally tortured and murdered by a classmate he had offered a ride home.  The classmate would have been one of Obama’s “Dreamers.”

During testimony before the Congressional Judiciary Committee by parents of victims and Texas State Officials, it was revealed that illegal aliens have been involved in thousands of crimes in Texas alone, including nearly 3,000 homicides.  According to the analysis conducted by the Texas Department of Public Safety, illegal aliens committed 611,234 unique crimes in Texas from 2008 to 2014, including thousands of homicides and sexual assaults.  The report describes an alien crime wave of staggering proportions exacerbated by federal officials unwilling to enforce immigration laws. The Texas DPS report says well over 100,000 individual criminal aliens have been booked into Texas jails.

Let’s see.  In light of this illegal alien crime wave and increasing terrorist attacks on American  soil, the Democratic Party stands for disarming law-abiding American citizens.  They also stand for ignoring the rule of law and dismantling or circumventing the U.S. Constitution, dismantling our military, destroying our economy while fudging unemployment numbers, and subjecting U.S. Citizens to being ruled by the United Nations.

As a friend of mine posted:

Can we stop calling those on the far left liberals and progressives? Nice sounding terms but their actual political platform is Statism and Totalitarianism. Obsessed with “correct thought” and “Correct speech”, [and] the sacrifice of individual choice to ideological “experts”.  In no way is this thinking liberal or progressive. It is very regressive, the exact same policies were the foundation of Statist and Totalitarian regimes from Mao to Stalin, Mussolini and Hitler.  Identity politics, class warfare, racial politics, statistical law making, central planning, there is no correlation between these ideas and classical liberalism, or any of the founding documents of this country. These factors were the dominant trends that made people leave Europe and establish a country based on sovereign States, individual liberty and property rights. Our “liberals” fight against State sovereignty, individual liberty and individual property rights. And our population is apparently too poorly educated to understand our own history. 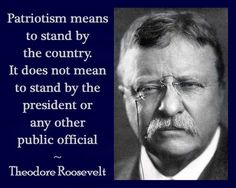