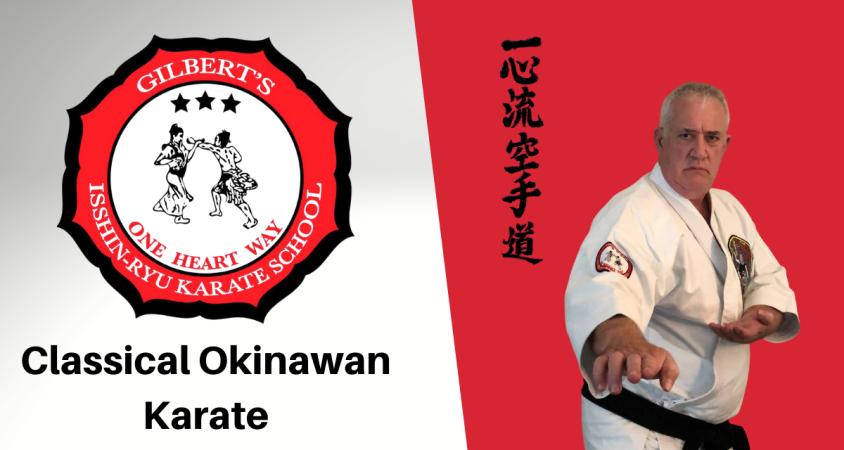 This morning I had the opportunity to visit a traditional Uechi-Ryu dojo in Knoxville run by Sensei Bob Noel. I was invited by a former student who, since I moved to Raleigh, NC, started training with him. Lucas and I had discussed this over the years I was away, and Lucas had mentioned that he felt comfortable with Sensei Noel because of how he taught and that the things he had learned from me about body mechanics and technique allowed him to understand what kind of an instructor Sensei Noel is. And I will say that Lucas chose well.

I have often stated that Okinawan systems of karate have more in common than they do have differences. Of course, the early karate pioneers on Okinawa had “favorite” techniques and preferred training methods that created differences. However, you must remember that Okinawa is a tiny island and many of the early masters knew and, at times, trained together. In fact, Kanbun Uechi (the founder of Uechi-Ryu) and Tatsuo Shimabuku (the founder of Isshin-Ryu) were good friends and often trained together. Add to that the fact that good technique is determined more by body mechanics than anything else, and you should be able to see the logic in my statement

Adding to the visit’s pleasure was that I learned that Sensei Noel grew up in Williamstown, MA, which borders North Adams, MA. I studied Uechi-Ryu for a brief time while still in high school in North Adams with an instructor who was one of Sensei Frank Gorman’s students. It bothers me that I can’t remember my instructor’s name. I only remember that he also played guitar in a local band called Steele. But it turns out that Sensei Noel trained with Sensei Gorman at Williams College while we worked there.

Then I discovered that Sensei Noel was in Boy Scout Troop 70 in Williamstown. I had a good friend, Camden Pierce, for many years who was in Troop 70. Don Gilbert (no relation) was the scoutmaster of Troop 70 at that time. I was in Troop 88 in North Adams, and Douglas Filkens was our scoutmaster. Camden and I did a lot of backpacking and canoeing together over the years. And we had an annual New Year’s Eve campout on the top of Mt. Greylock, which is the tallest mountain in Massachusetts. It was cold, and the snow might be up to your armpits, but it was a blast. I guess we did that three or four year in a row.

Sensei Noel has an efficient and straightforward approach to how he teaches and a deep understanding of his art. Lucas did a great job of choosing him as an instructor.

It really is a small, small world when you are dealing with those who practice traditional Okinawan karate.

Check out some of my other blog posts by clicking here, and be sure to check out my books on Amazon! They do get great reviews!

Yes, I do, in fact, have an author’s newsletter! Would you like to keep up with new releases, writing tips, upcoming events, freebies, and bonus content? And, I promise, no spam!