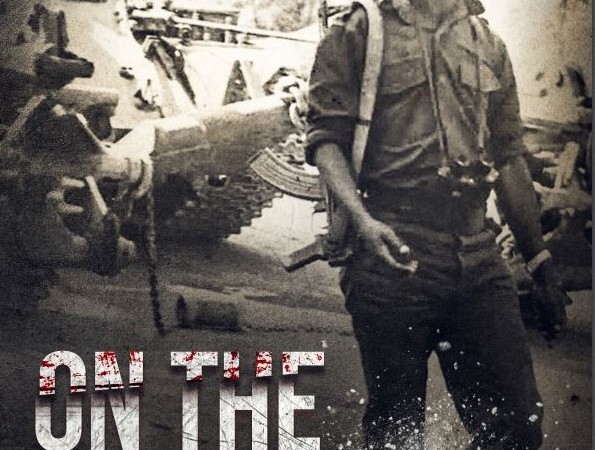 ON THE BATTLEFIELD: A Memoir of an Ethiopian Airborne Soldier

On the Battlefield: A Memoir of an Ethiopian Airborne Soldier tells the incredible story of one of Ethiopia’s most celebrated combat generals.

Brigadier General Tesfaye Habtemariam is one of Ethiopia’s greatest military leaders. General Habtemariam’s career spanned three decades and survived three different Ethiopian governments. From 1964 to 1991, he commanded troops on the battlefield in nearly every engagement in which the Ethiopian military saw action.

Drawing on his wartime journals, notes, letters and memories, Habtemariam discusses his childhood and military career. From working with Israeli commandos to form a new “Special Forces” unit to establishing the Anti-hijacking Office.  From training several Ethiopian Airborne Battalions to commanding several large units, Habtemariam served his country as only a true patriot would.

This fascinating memoir details military actions on the battlefield as well as covert operations behind enemy lines and includes detailed diagrams, battle plans, and photographs. General Habtemariam shares details of the heroic escape in which he and his few remaining men, half-starved and out of ammunition, prepared to fight to the death. Charging the enemy position with fixed bayonets, they discover it suddenly abandoned. The enemy just pulled out! Now, instead of dying in battle, they find themselves struggling to cross a dangerous desert wasteland to rejoin their forces … hopefully living to fight another day.

Tesfaye Habtemariam took part in eight major battles. He later commanded a battalion in the Special Forces, the 18th Mountaineer Division, and the Airborne Training School.  Finally, he became the Army Commander of the Tewodros Force. Brigadier General Tesfaye Habtemariam received the “Hero of Ethiopia” medal from a grateful nation after thirty years of selfless sacrifice and service to his country.

If you enjoy military history, this is one book you will definitely want in your collection.

I received an advance release copy of this book and found it to be a fascinating read. It provided a window into a military history I previously knew so little about. This book is not just the memoir of an Ethiopian military general and hero. It is also  the story of Ethiopia’s attempts to rebuild itself. Ethiopia struggled to reshape and regain its independence from European administration after the Italian invasion and occupation during World War II.

In addition it is also a story about sacrifice, honor, victory and yes, even defeat. It is about bureaucratic incompetence, individual heroics, and a people willing to die to defend their brothers-in-arms and their country.

There is an interesting flair to the  narrative. This  makes it a different yet enjoyable read. Originally written by Tesfaye Habtemariam in Amharic, the official language of Ethiopia, it was later translated into English. Therefore, the prose has a unique character, but is very clear and easy to read.  I give this book 5 Stars and recommend it to anyone interested in military history.

Soon to be released

ON THE BATTLEFIELD is now out in Kindle and paperback.

Check out other great posts and book reviews here! 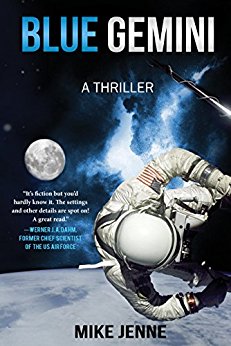 Blue Gemini is probably the first technothriller I have read, and I will be honest, it took a bit for this book to hook me. But, once it did … it was tough to put down. This book contains all the elements needed for a good read; multiple intersecting plot lines, characters that are easy to identify with,  believable dialogue, believable scenarios, and a compelling topic. Author, Mike Jenne does an excellent job of blending the space program and cold war intrigue with just the right amount of romance.

It is 1968. A young Scott Ourecky joins the U.S. Air Force. He wants to be an astronaut. But for some reason, he keeps failing the aptitude test to become a pilot. He can’t seem to “make the cut.” However, as a brilliant engineer, he suddenly finds himself chosen to work for the Aerospace Support Project, an innocuously titled program whose real purpose is to train astronauts to fly missions designed to intercept and destroy Soviet nuclear missile satellites.

When one of the astronauts drops out of the program, Ourecky is asked to step up and fill the slot until a replacement can be found. He is assigned to work with Major Drew Carson, a full-of-himself, headstrong, and abrasive test pilot. Ourecky soon finds himself much more involved than he ever thought he would be … and in some grave danger!

Our Country is entering into a new era of space travel with NASA and private corporations competing to be the next to achieve a significant milestone in space exploration. We are planning missions to Mars! This book is a fascinating look back a the beginnings of this same Space Program, at a time when astronauts still made calculations and worried about things like fuses and circuit breakers. Scott Ourecky personifies the innocent American hero who fights because he has no choice; because not fighting is a real threat to his country, his family, his friends, and his team members.

Based on a real secret space program, Blue Gemini combines thrilling space action with excellent storytelling to create an exciting modern Cold War thriller. Blue Gemini is a must-read for fans of manned spaceflight and James Bond.It does, however, go into great depth on the training, history and development of the space program, and might be a bit dry for those who need constant action. Because of this, I do give it 4 out of 5 stars.