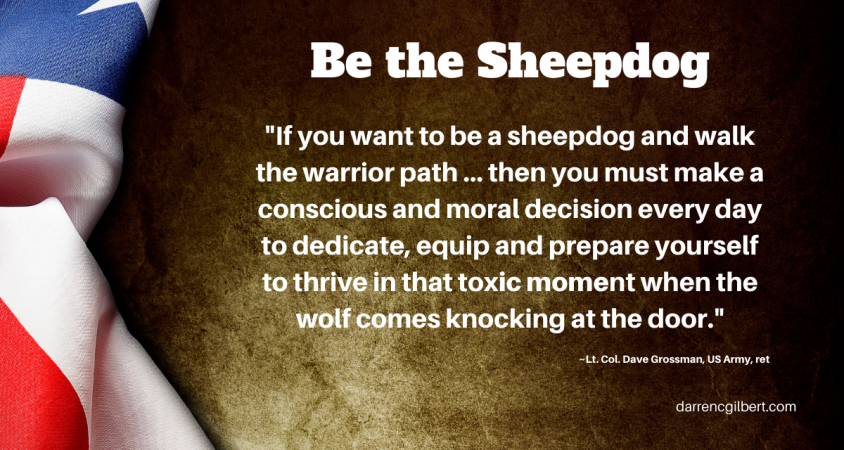 Did this title strike a nerve? I hope so! Too much is at stake here to be worried about political correctness. If a few people are so insecure that a few words trigger a total psychological meltdown on their part … too bad. We are reaping that which the “no individual responsibility, everyone gets a trophy, you can’t play tag on the schoolyard at recess, helicopter parenting” mentality has sown in our country. There are just not enough blankies, puppies, and cups of warm cocoa to go around. It is too bad, and I hope the pendulum begins to swing back the other way soon … before it is too late.

Why do I say this? Well, step back, clear your eyes, and take a good look around. America, the greatest nation on this planet, is being attacked by a coordinated and well-funded radical left movement, and we are in real danger of losing our country.

This post has been stewing in my brain since the first presidential debate. Yes, the event was a complete catastrophe. I think both candidates performed like two spoiled 70-year-old toddlers. President Trump came on way too hard and aggressively. The endless whoppers Joe Biden told were utterly unbelievable. And Chris Wallace? Well, Wallace should probably move over to MSNBC or CNN. The most fabulous “moderator” in modern history quickly lost complete control of the debate, and his bias was blatantly evident.

In fact, President Trump had just recently announced a plan to prosecute both Antifa and the KKK as terrorist groups. The last time I checked, the KKK was a white supremacy group.

Of course, that was not the answer Chris Wallace wanted, so he pressed harder. President Trump asked exactly which group Biden and Wallace wanted him to denounce (which was a tactical blunder on his part). Biden replied, “Proud Boys.” Trump answered by telling the Proud Boys “stand back and stand by.” I don’t know, maybe Trump should have said, “stand down.” You know how we love to parse words these days.

Here is my problem. Did Chris Wallace then turn to Joe Biden and ask him to denounce Antifa or BLM? No, he did not.

Yes, the Southern Poverty Law Center and the ACLU consider Proud Boys a violent right-wing hate group. However, they believe that almost all conservative organizations are violent hate groups. They are both incredibly left-leaning, after all.

Side Note: Did you know the ACLU was initially a communist organization? It was. I read the memo where they announced the decision to change their name because too many Americans really disliked communists. A copy of the memo was available on the internet at one time. It may have disappeared by now.

After President Trump’s “stand down'” request, Enrique Tarrio (hardly a WASP name), leader of Proud Boys, is reported to have stated, “That’s my president.”

FYI: This is Enrique Tarrio. He is Afro-Cuban. Enrique is the national leader of the Proud Boys, which includes a large number of Black and Hispanic members. The media reports that Proud Boys is a white supremacy hate group. However, the truth is the group is anti-Antifa, anti-rioters, anti-communism, anti-socialism, and anti-looters. They are pro-law enforcement and pro-USA.

Aside from Enrique, could some white supremacists be lurking among the ranks of Proud Boys members? Of course, there could.

Now, here’s a hard question for you. Can you be honest with me! Could there be black supremacists included in the ranks of BLM? Hmmm.

I mean, we could say that the Waffen-SS was just an idea as well. Of course, they murdered millions. But here’s the rub. Did Chris Wallace press good old Uncle Joe on this comment? Nope!

Who do the Proud Boys clash with? Antifa! Maybe if law enforcement was allowed to do its job, other Americans wouldn’t have to step in to help.

I have a real problem with this one. I will tell you upfront, I am not a racist. You certainly don’t have to belive me, but it’s true. My family is one of incredible diversity. I just believe all lives matter. In my opinion, if you have to put a color in front of “lives matter,” you’re a racist.

But BLM is not about race at all. If they were, they would care about all the black communities being destroyed by BLM’s “white” useful idiots. They would care about the Black on Black crime in our big cities, the shooting of innocent children in drive-by attacks, , the fatherless children, the drugs, the poverty, and the millions of Black lives and families being ruined every day. But they don’t. That is because BLM is a Marxist movement. They just use race to achieve their goals.

You don’t believe me? Have you read their mission statement, their charter, or any of their handouts? Incidentally, you can’t find any of this on their website anymore. It was there, I saw it! But, they recently scrubbed it all clean. I guess some people were beginning to take notice, after all.

Read these quotes carefully. They look innocuous at first glance. But what do the words actually mean?

We disrupt the Western-prescribed nuclear family structure requirement by supporting each other as extended families and “villages” that collectively care for one another, especially our children, to the degree that mothers, parents, and children are comfortable.

We cultivate an intergenerational and communal network free from ageism. We believe that all people, regardless of age, show up with the capacity to lead and learn.

We see ourselves as part of the global Black family, and we are aware of the different ways we are impacted or privileged as Black people who exist in different parts of the world.

You won’t find these statements on their website anymore. I wonder why? And I am sorry, but there is a massive difference in the knowledge, wisdom, understanding, and leadership abilities of 16-year-olds and 50-year-olds. Wisdom is accumulated through experience, which requires time.

BLM leaders have even admitted in several interviews that they are a Marxist organization. This isn’t new news, but it may indeed be news to you. This guy really sums it up very well in his video, which also includes a historically accurate portrayal of Fascism.

Yes. The lunatics are now running the asylum. “Protected groups,” long separated, isolated, protected, and coddled by the Democrat Party because they were “useful” as voting blocks, have escaped the plantation, and joining together in “collective” entitlement thinking, are burning down the house.

In short, some groups of really unpleasant people with an incredibly dangerous left-wing agenda are running around this country doing bad things to good people. The Dems don’t want to stop it! Why? Perhaps it has something to do with the fact that both the DNC and BLM raise money through ActBlue. Antifa doesn’t need ActBlue because they have George Soros, who seems to have bottomless pockets.

So, who are you going to call?

When a group of BLM protesters decides to drag you out of your car and beat you to a pulp, or an Antifa mob decides to burn down your small family-owned business because you have an American flag hanging out front, who are you going to call?

Well, the way things are going, you might as well call the Ghost Busters! Combine the radical left’s push to defund or eliminate the police with the backstabbing and “stand down” orders from radical left politicians like Bill de Blasio and Ted Wheeler, and you have a severe problem. The cops won’t be there. Or, even if they are, good cops will be reluctant to act out of fear of being falsely charged with a crime for doing their job.

You may find yourself completely on your own!

There is a reason gun sales have surged since March. And a large percentage of these sales are to first-time buyers. People are scared and want to be able to protect themselves and their families. And I do not blame them one bit.

We all think – it won’t happen to me. However, I was accosted not too long ago in a grocery store by a twenty-something punk who looked like prime Antifa material. He didn’t like my patriotic t-shirt. Fortunately for him, he did not push things too far. I am pretty confident he would have had a terrible day. He simply saw an older man … and did not know he was picking a fight with a veteran who served with the 101st Air Assault Division, and who is also a trained bodyguard, a 5th-degree blackbelt, and who carries. Of course, I am glad he decided to stomp off muttering curses rather than escalate things. The fact is … you just don’t know.

Are you buying a gun?

Don’t just buy a gun. Learn to use it proficiently. Go to the range regularly. Take classes. I train regularly to stay proficient at certain skills.

Join a gym, run, bicycle, dance, hike, do yoga, lift weights, but do something. You don’t have to be a super athlete. After all, you are not training to fight eighteen rounds. Most serious self-defense situations are actually over pretty quickly.

We are not talking sport karate here. When your life or the life of those you care about is on the line, there are no rules. The driving need is simply not to lose. A back fist to the forehead or a jump spinning roundhouse kick to the head just isn’t going to work. There are dojos out there that train martial arts as they were initially intended – a system of personal combat, and not as a sport or a pathway to some kind of omnipresent supergalactic oneness. Find one, join, and train seriously.

No, I am not advocating violence here. But I do believe that you, as a free and law-abiding American, have the God-given right to protect yourself, your family, and your livelihood from injury or the wanton and idiotic destruction of radical left-wing rioters that are determined to destroy America. That right, clearly enunciated in the Declaration of Independence, is guaranteed by the U.S. Constitution and the Bill of Rights. That is why the left wants these documents gone and forgotten.

Of course, you may choose not to protect yourself. That is certainly your right as an American citizen. However, you do not have the right to deprive me of the means to protect my family and those I love.

I would also add that when you are sitting in your car, and Antifa thugs are smashing in the windows with sledgehammers and threatening your family with Molotov cocktails, it is a little too late to make that decision to be prepared.

So you decide … it’s your choice; sheep or sheepdog?

We can always be a bit more prepared than we were yesterday. No matter your age or condition, you can do something to improve your ability to protect yourself and those you love. Make that first step in your decision to be a sheepdog and not a sheep. America needs you to step up.