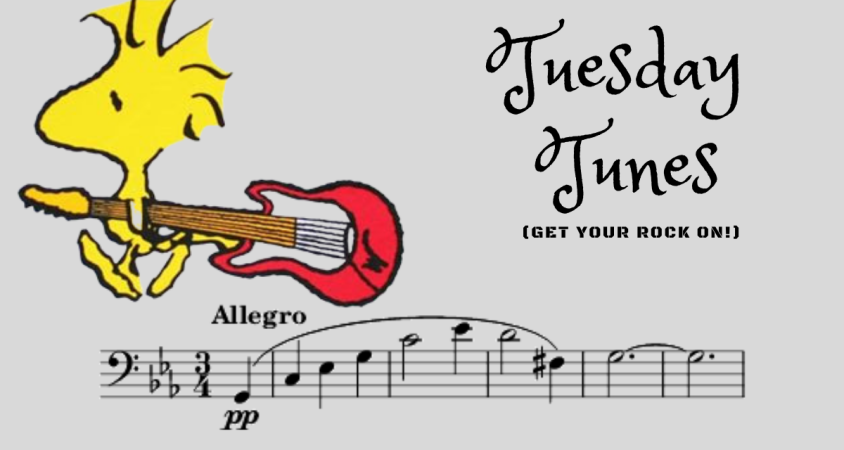 The Who are a British rock band that formed in London in 1984. The original line-up consisted of Roger Daltrey (Vocals), Pete Townshend (Guitar, Vocals), John Entwistle (Bass), and Keith Moon (Drums).

The Who were one of the most influential rock bands of the 20th century, selling over 100 million records worldwide and releasing countless amazing songs.

I saw The Who at the Frankfurt Festhalle in April of 1980. It was one of the most amazing concerts I have ever attended. There was no warm-up band. It was two-plus solid hours of The Who, and there was not a bad song in the set. You literally could not sit down! Kenny Jones was the drummer by this time … almost two years after Keith Moon’s tragic death.

Take a look at the set list. Do you see a bad song

The Who performing Won’t Get Fooled Again at Live Aid in front of 72,000 people in Wembley Stadium, London, on July 13, 1985. The event was organized by Sir Bob Geldof and Midge Ure to raise funds for the Ethiopian famine disaster. Broadcast across the world, the concert was seen by approximately 40% of the world’s population.

Tommy was perhaps the most famous rock opera written by The Who. And it was undoubtedly remarkable. However, I think a lot of its popularity stemmed from appearances by Elton John and Tina Turner.

My favorite rock opera was always Quadrophenia, the story of a young working-class “mod” named Jimmy who likes drugs, beach fights, and romance, and finds himself in a real struggle … searching for a sense of self-worth. A lot of great music came out of Quadrophenia. This was one of my favorites.

It just doesn’t get too much better than that!

Ladies and Gentlemen! The greatest rock band in the world … The Rolling Stones!

It took a while for me to come to appreciate The Rolling Stones. But once I did, I was a huge Stones fan, all the way up to the release of Some Girls in 1978. That’s where they lost me. I felt they had lost their roots and had gone commercial. I stick with the early stuff!

The Rolling Stones formed in London in 1962 and were at the forefront of the British Invasion. The original line up of the band included Mick Jagger, Keith Richards, Brian Jones, Charlie Watts, Bill Wyman.

You Can’t Always Get What You Want (Recorded live in London, 1968)

Over the years, I acquired many of their early albums, including Beggars Banquet, Let It Bleed, Sticky Fingers, Goats Head Soup, It’s Only Rock ‘n Roll, Black and Blue, and the live album Hot Rocks.

Several Stones songs were very popular with the soldiers serving in Vietnam including Gimme Shelter, Get Off My Cloud, Sympathy For The Devil, and Paint It Black.

Like many bands, The Stones have had a few personnel changes over the year. Mick Taylor replaced Brian Jones, who died about a month later. Taylor was then replaced by Ron Wood. Current band members are still Mick Jagger, Keith Richards, Charlie Watts, and Ronnie Wood.

The Rolling Stones have performed over 2,000 concerts around the world beginning at the Marquee Club in London in 1962. During the 2006 Bigger Bang tour, the Stones performed in Rio de Janeiro for an audience of 1.5 million people

During Middle School dances, the song Angie was the best slow dance song where we’d get out on the gym floor, belly rub, and try to steal a kiss from our girlfriends when the chaperones weren’t looking.

During my first year of college at Southeastern Massachusetts University, we had a guy in our dorm suite who was a great Mick Jagger impersonator. He would wrap a scarf around his neck, put on a Stones album, and keep us entertained for a long time.

I had another friend at SMU who embroidered his own Rolling Stones logo on the back of his denim jacket. He actually did a great job. It looked good. How’s that for DIY?

Were The Rolling Stones the greatest rock band in the world?

While you take the time to consider this, just go ahead and

Many will argue over whether The Rolling Stone was the greatest rock and roll band in the world or not. But bear in mind, the videos in this post cover 50 years. And, the audiences didn’t seem to be getting any smaller.

Led Zeppelin was my favorite rock group of all time. In high school, I wore Led Zeppelin T-shirts, had a Led Zeppelin belt buckle, and wanted to play a guitar like Jimmy Page.

I was lucky to see them in concert at the Frankfurt Festhalle in Germany in 1980. Unfortunately, John Bonham, one of rock’s greatest drummers passed away later in 1980 from a tragic asphyxiation accident.

They got the name for this band when Jimmy Page made a comment that their “new” band would probably fly like a “lead balloon.”

Zeppelin is often referred to as the beginning of Heavy Metal rock, and yes, they certainly could rock. Especially with Jimmy Page’s heavy guitar-driven sound. But much of their music defied classification, blending many influences, including blues and folk music.

In fact, Zeppelin’s music was deeply rooted in the blues. The influence of American blues artists such as Muddy Waters and Skip James was very evident on their first two albums

Many of their best songs are blues, and a large number are acoustic. Much of what I considered their best music never received my air time because it was outside the mainstream of commercial rock and roll.

This famous folk song written about 1959 by American singer Anne Bredon is about a guy who is letting his lady know that he’s about to “Ramble On” and leave her. It was also recorded by Joan Baez in 1962 and released on her live album, In Concert.

One of my personal Zeppelin favorites, this was written in collaboration by all four Zeppelin members after George Harrison, a huge fan, told Zeppelin drummer, Bonham, that “the trouble with Led Zeppelin is that they don’t do any ballads.”

Bonham took this comment to the rest of the band, who worked with him to put this song together. It is one of the few Zeppelin songs where all four members shared the composer credit.

Robert Plant has stated this song is one of his best vocal performances with Led Zeppelin. He uses the seasons as a metaphor, starting with the springtime of his love and ending with the coldness of winter, a song about the changing seasons of love.

Upon us all, a little rain must fall.

I can’t Quit You Babe

This is based on a Blues song by Willie Dixon that he wrote for Otis Rush, who recorded it in 1956. Many of Led Zeppelin’s songs were influenced by old blues or folk songs.

Many musicians consider this one of Led Zeppelin’s technically strongest performances, but Jimmy Page admitted that it’s certainly not perfect. In an interview with Guitar Player magazine in 1977, Page stated, “there are mistakes in it, but it doesn’t make any difference. I’ll always leave the mistakes in. I can’t help it. The timing bits on the A and B flat parts are right, though it might sound wrong. The timing just sounds off. But there are some wrong notes. You’ve got to be reasonably honest about it.”

As the title suggests, the song is based on one of the most popular structures in rock and roll. That is the 12-bar blues progression (in A). The phrase “Rock and Roll” was a term rhythm and blues musicians used as a metaphor for sex.

The song, Rock and Roll, has been covered by many other artists, including Def Leppard, Heart, and even the London Philharmonic Orchestra.

In 2001, this song was recorded by Double Trouble (Stevie Ray Vaughan’s backup band), for their 2001 album, Been A Long Time with Susan Tedeschi singing lead on the track.

Many consider Led Zeppelin to be one of the most successful, innovative, and influential bands in the history of rock music.

Rock critic Mikal Gilmore said, “Led Zeppelin—talented, complex, grasping, beautiful and dangerous—made one of the most enduring bodies of composition and performance in twentieth-century music, despite everything they had to overpower, including themselves”

They also influenced some early punk and post-punk bands, such as The Ramones, Joy Division and the Cult.

Zeppelin was also a significant influence on the development of alternative rock artists who adapted elements from the “Zeppelin sound” of the mid-1970s, including the Smashing Pumpkins, Nirvana, Pearl Jam, and Soundgarden.

Bands and artists from many diverse genres have acknowledged the influence of Led Zeppelin. These include Madonna, Shakira, Lady Gaga, Kesha, and Katie Melua.

Too many achievements to count!

Led Zeppelin has achieved many honors and awards throughout their career. They were inducted into the Rock and Roll Hall of Fame in 1995, and the UK Music Hall of Fame in 2006.

Among the band’s awards are an American Music Award in 2005, and the Polar Music Prize in 2006.

Led Zeppelin was the recipient of a Grammy Lifetime Achievement Award in 2005, and four of their recordings have been inducted into the Grammy Hall of Fame.

In the US, Zeppelin has been awarded five Diamond albums, as well as fourteen Multi-Platinum, four Platinum and one Gold album.

In the UK, they have five Multi-Platinum, six Platinum, one Gold, and four Silver albums.

In addition to listing five of their albums among “the 500 Greatest Albums of All Time”, Rolling Stone named Led Zeppelin the 14th-greatest artist of all time in 2004.

Perhaps the biggest accolade for me was when, not too many years ago, a lady friend and I went to see a Led Zeppelin cover band called Get the Led Out (they are excellent by the way). This wonderful lady was not a big rock and roll fan, being more into classical music and opera, and I am sure going to humor me. During one song, the band got to one of my favorite parts, where the melody shifts key, tempo, and everything else. She looked at me and said, “Oh my God … that was brilliant!”

So, grab your iPhone, stereo, boombox, radio, or whatever you listen to music with, and take a few minutes to get the Led out!