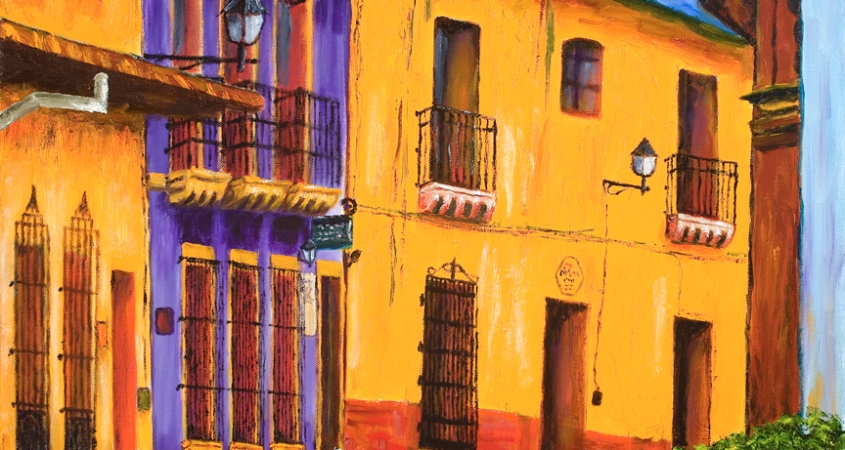 You just never know who you are going to meet!

It is often interesting to me how we take other people we meet for granted, not bothering to listen to or learn about one another. I recently met a man named Calvin who I discovered, served in the 101st Airborne Division. This turned into a conversation, because I too, served with the 101st. But, by that time it had been transformed into the 101st Air Assault Division. Of course, Calvin is about 85 and I am 59. So, we served during different eras.

And as a side note, I recently learned that at least some units of the 101st have gone back to being Airborne.

During the course of our discussions, it came out that I had published my first novel, titled Serpents Underfoot, a short time back, and that I am now working on its sequel, Montagnard. Of course, he wanted a signed hard-cover copy of Serpents Underfoot which I provided.

I then learned that, Calvin too was also an artist … a painter. And that he’d been painting for about 30 years. I learned that Vincent Van Gogh was one of his favorite painters and you can see that influence in the work he does. He is also was a fan of Frederic Remington, a painter and sculptor focusing on the American west, and a favorite of mine.

Calvin Edney has been a soldier, a grocer, a bookstore owner, a vegetable store owner, a butcher, and now … a painter. He was active in several Asheville galleries in previous years, but now mostly paints in his apartment relying on memories of scenes which stuck in his mind and are created on the canvas. Calvin has sold a good number of his paintings, including one to a former Ingles CEO. He also hosts exhibits at his apartment home.

This is Calvin’s home. Over 140 originals hang on his walls. For more information, click here!

If you are going to be in the Asheville area on December 7th, you should stop by and meet this 101st Airborne Veteran and amazing painter. I think you will enjoy the paintings and the conversation, as well as the wine, cheese, and crackers he serves during the show.

I will start saving up my pennies, so I can afford one of his paintings some time soon.