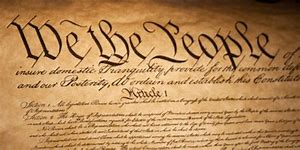 Clarence Thomas is an American judge, lawyer, and government official, and for the last three decades, a highly respected Associate Justice of the Supreme Court of the United States. He is, perhaps, one of our era’s most consequential and controversial jurists.

Often described as an originalist or textualist, Thomas would be ranked neck and neck with the late Justice Scalia for being considered the most conservative justice on the court, and for being a part of the conservative wing of the Supreme Court.

I was reading a article in the September issue of Imprimis, a publication of Hillsdale College. The article was adapted from a speech given by Myron Magnet at Hillsdale College’s Constitution Day Celebration in Washington, D.C. on September 17, 2019. Magnet earned an MA from Cambridge University and a PH.D. from Columbia University where he taught for several years. He has worked as an editor for the City Journal, and written for several publications including The Commentary, The Wall Street Journal, and The New York Times. He has also authored several books, including The Founders at Home, The Building of America, 1735-1817, and, most recently, Clarence Thomas and the Lost Constitution.

According to this article, during his almost three decades on the bench, Justice Thomas has been laying out a plan for reshaping Supreme Court jurisprudence. His template for this endeavor is the U.S. Constitution as the Framers wrote it 232 years ago. As Alexander Hamilton wrote in the first Federalist, the plan was to create “good government from reflection and choice,” rather than settle for a regime based, as are most in history have been, on “accident and force.”

In Clarence Thomas’s view, what the Founding Fathers achieved 232 years ago remains as modern and up-to-date as it was in 1787.

However, according to Clarence Thomas, the Supreme Court lost its way. During the 1930s and the implementation of the “New Deal,” the Supreme Court buckled under President Franklin Roosevelt’s threat to enlarge and stack the court. Roosevelt had wrongly diagnosed the cause of the Great Depressions as a “crisis of overproduction” and therefore, wanted to take control of the entire economy to regulate it. Sound vaguely familiar?

The “Court’s dramatic departure in the 1930s from a century and a half of precedent,” Thomas says, was a fatal “wrong turn” that marks the start of illegitimate judicial constitution-making.

Starting with this fateful decision, over time the “Supreme Court” has over seen and sanctioned the development of a new administrative system. One in which the Congress has given up its legislative role, and has delegated the power to make and enforce laws to nameless, faceless, and unaccountable bureaucracies. According to Thomas, this new legislative process has no basis to exist within our constitutional structure.

You can read the entire article here if you like.

Why does it matter?

The United States is a Constitutional Democratic Republic, and a wildly successful experiment in self-government that lifted more people out of poverty than any other system in existence. Americans have shed more blood in the name of Liberty and Freedom than any other nation on the planet.

To exist, such a nation relies on a system of ethics. It does take a certain level of character to be capable of liberty.

Unfortunately, for the last several decades, some have been leading a movement toward the politics of victimization, the politics of race, or gender. The Left divides Americans into categories and then pits one category against another in order to gain and keep power. They have succeeded in dumbing-down our education system to the point that we have a generation of young people incapable of critical thinking. These kids can only regurgitate what they have been spoon-fed by the public school systems for their entire time in school.

The Left simply wants a compliant citizenry and to take total control of your life.

And I think Thomas Sowell agrees …

According to Sowell, one of the more painful signs of years of dumbed-down education is the number of people who are unable to make a coherent argument. Sure, they can vent their emotions, question other people’s motives, make bold assertions, and repeat slogans. They can do almost anything … except reason.

And what about Thomas Sowell’s thoughts on the divide and conquer politics of today’s left?

If you believe in equal rights, then what do “women’s right,” “gay rights;” etc. mean? Either they are redundant or they are violations of the principle of equal rights for all.

Give up your freedom, give up our Country!

Socialism, communism, fascism … all different names for the same authoritarian form of government, and the antithesis of everything America was founded on.

Socialism, in fact, has a clear history of failure so blatantly obvious, that only a truly dishonest liberal intellectual could successfully ignore it. But for today’s new radical left, the facts don’t matter and the U.S. Constitution is a thing to be disregarded and destroyed … except in the rare occurrence (sort of) following it just happens to suit their agenda.

Character, honor, critical thinking, ethics, integrity, and America’s great history: all the things needed to help ensure the continued success of this constitutional democratic republic are ridiculed, discarded, or removed.

If you fall down seven times, get up eight

Not everyone can or will succeed every time they try. But you have the right to try again. Yes, we as a country provide certain safety nets, but they are a hand up … not a hand out. And, they need to be viewed as such. If you come to rely on the government for your existence, the government owns you, body and soul.

Regardless of race, color, creed, religion, sex, or gender, everybody faces adversity at one time or another. Each individual must choose whether or not to buckle down and overcome that obstacle, and in this way, shape their own destiny.

Unfortunately, it is simply easier to blame life’s adversities on some powerful evil entity that forces us into a state of victim-hood … powerful entities that only a mighty and benevolent government master can protect you from.

The Constitution, as created for us by our Founding Fathers is a brilliant document designed to ensure individual freedom for all American citizens,. But, it presupposes citizens of the first kind, not the second. Without them, and a culture that nurtures them, no free nation can long endure.

2 thoughts on “The Lost Constitution”