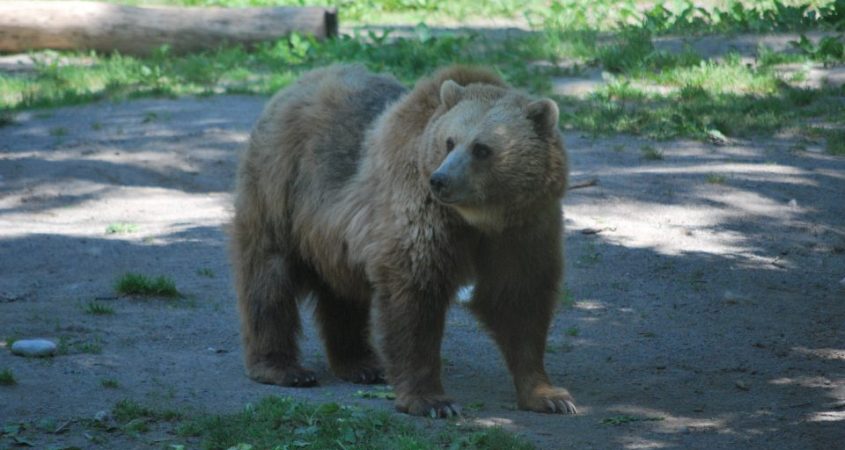 When I heard about a recent local incident involving a black bear, what went through my mind was, “Wow, how the times are changing.” The “popular” way to think these days is … the poor bear.

But there are many people still thinking the “old” way … the poor man.

Here’s my rendition of how a bear mauling article might appear in the newspaper in 2019 vs 1980:

A bear mauled a zoo worker in Timbuktu Wildlife Park. After two hours of coaxing, the zoo officials were finally able to lure the bear away the badly injured man. The bear will go through a session of behavioral training before being released back into the park. The bear is understandably a little traumatized from being disallowed to kill the man, but is expected to make a full recovery from the psychological impact (No mention of the man’s prognosis).

A bear mauled a zoo worker in Timbuktu Wildlife Park. The zoo officials were able to get a good head shot on the bear with a 7 mm magnum, and quickly killed it. The badly injured man is expected to make a full recovery.

OK, I’m exaggerating a little on the 2019 story, but only a little.

I don’t think I am exaggerating on the 1980 example. My point in posting this is not to start a “war” between “animal sensitive” and “non-animal sensitive” folks. My point is just to point out the huge difference in the “old way” and the “new way” of thinking regarding animals vs humans.

Us older folks have literally been able to watch these social changes occur because we have lived so many decades. It’s very interesting to watch the public’s thinking transform over the years. I know that people who go to parks and watch animals a lot are generally more “sensitive” to animal’s well-being than people who live on a farm, for example. The park visitors are enjoying watching the fascinating animals frolic in the woods. These folks are not inconvenienced by the wild animals.

On the other hand, the farmers and home owners are watching the wild animals frolic as well. But, they are also watching some of the animals destroy their crops, trash cans, and bird feeders. Allowing them to frolic in their gardens takes food out of their mouths, and can cause lots of costly repairs. And therefore, they don’t mind shooting them if necessary.

Sometime around 1980, my Uncle Max commented, “I have deer playing behind my barn all the time now.” Deer were making a comeback in Knox County.

“Can I come over and bow hunt ?”I asked.

“No!” he replied. ” I love watching them. They’re beautiful.” A few months later, Max had a slightly different take.

“Hey David, do you want to come over and shoot some deer at my place? They’re getting into my garden!”

I smiled, at how his thought process changed as he watched the deer destroy the garden he worked so hard to plant and care for.

A few weeks ago while in Belize, our family saw some iguanas. They are a big tourist attraction and are very fun to watch and photograph. Mainly because they are “new” to us tourists, they help draw tourist money into the area, and therefore, are illegal to kill there.

We all enjoyed seeing them. No downside. No inconvenience to us tourists. Only upsides.

However, our local cab driver said, “They cause a lot of crop damage.” He also said that the locals like to kill them and eat them, even though that’s illegal.

Then, on the national news a couple weeks ago, I saw news story with the headline, “Iguanas are taking over Florida!” It’s gotten so bad that Florida State Wildlife officials have requested and given all citizens permission to “kill on sight” all the iguanas they see.

One lady went to a golf course and said, “It looked like Jurassic Park!” Another lady said she got a pellet rifle and killed over 20 iguanas in her yard in two days, and is still seeing more iguanas every day.

So, there’s a downside, an inconvenience to humans with the iguanas in Florida. And, the local citizens now want rid of the iguanas.

I met two nice, pretty female college students in Alaska a few years ago. I wondered if their thinking was like the “popular new way” (meaning … extreme animal sensitivity), or if it was more like the “old way” (putting human welfare above that of animals).

So, I asked them, “Do you girls ever worry about bear attacks out here in the wilderness?” Then I asked, “Do you carry a gun for protection?”

One responded immediately and without flinching, “Oh, yes. We protect ourselves. We carry 30-06 rifles when were out in the woods. You especially gotta watch out for bear attacks during berry season.”

I was almost “apologetically” asking if they carried guns for protection, and their response almost sounded like, “Are you an idiot ? … Of course we carry guns! … We’d be fools not to!”

I thought, Wow, how very different than some of the young girl’s thinking around Knox County, Tennessee.

But, then I reminded myself, conditions dictate attitudes.”

Now, even though I have hunted and killed deer in the past, I myself have gone through some “animal rights sensitivity” increases in my decades of life. I’ve gone from my attitude of 20 years ago that, “Dogs are just farm animals and don’t belong in a house,” to loving my dog, Harley, just like he’s a family member. It’s ridiculous how much I love this dog. We’re super buddies.

And I never have any “mean thoughts” towards any wild animal. Unless, of course, they do something that causes me to. However, I would shoot a bear in a New York second if it charged my dog or family member.

So, our personal situations greatly affect which way we think about wild animals: the “old way” or the “new way.” And in my case, perhaps somewhere in between the old and new way.

Maybe there is no completely right or wrong way. It’s just all very interesting. I try to stay open-minded about all this, and not badly judge “extreme” animal sensitiveness.

In return, I hope they don’t judge me too harshly when I carry a large caliber handgun with the decided intent of shooting any wild animal or human that tries to attack my family members.

Or even when I drool over seeing a 10″ rainbow trout and imagine it sizzling with butter, salt, and pepper in a skillet over my campfire, order a cow burger at Abridged Brewery, or even the buffalo ribs at Montana Grille.

7 thoughts on “Wow! How the Times … they are a Changing!”