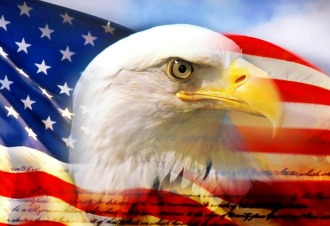 The one thing the majority of this year’s mass shootings, acts of terrorism and other violent attacks have in common is that they all happened in either gun free zones or places where the weapons used aren’t legal to begin with. A prime example is the city of Chicago. Literally thousands are murdered in Chicago every year and in Chicago it’s nearly impossible for law-abiding citizens to carry firearms. California already has bans on high capacity magazines and assault rifles. How well did that work out for them?

The cold hard truth is that law enforcement simply cannot prevent violence. They can only respond and try to figure out who did it and hopefully apprehend the criminal. The only thing that can prevent more murder in these violent attacks is good people with the ability to defend themselves against a criminal or terrorist shooter by using firearms of their own. Obama’s security experts want you to simply hide and hope the shooter overlooks you. This, however, does nothing to stop the shooter from killing other less fortunate victims. The harsh reality is that only an armed citizen already at the scene would have had any chance to shoot Syed Farook and Tashfeen Mailk and stop the slaughter. The problem is that the left simply cannot see reality through their ideology-colored glasses.

To the left, the idea of being responsible for your own safety (or for anything else for that matter) is very foreign. They get their collective panties in a wad over this idea and passionately wring their hands, uttering things like “do you want war in the streets?” What they fail to comprehend is that there already is war in the streets. ISIS, domestic terrorists inspired by ISIS, gang-bangers, drug cartel killers, and other evil people are already in the streets and they are killing defenseless people. The cold hard fact is that yesterday multiple terrorists walked into a “soft target” facility and opened fire on anyone in view. Arguing that both sides shouldn’t be able to shoot because it would be war is sheer lunacy. The left is essentially giving its blessing to the open slaughter of helpless innocent people.

If the left succeeds in disarming all law-abiding citizens we will not see a decrease in these shootings! What we will see is an increase because then the criminals and terrorists will literally have no fear. There is a reason why FBI statistics show there is lower violent crime rates in areas with concealed carry laws and why the crime is rampant in areas with stricter gun laws like those in Chicago, California or Washington, DC. The criminals are the only ones with guns. Obama is even actively working to disarm law enforcement agencies which is unbelievable in light of recent global terrorist events.

Obama wants to force us to put our trust in him and his left-wing administration to protect us as sheeple. However, Obama can’t even utter the term Islamic terrorist without wetting himself and he has repeatedly shown himself to be totally incapable of understanding and reacting effectively to violence anywhere you look in the world; Iraq, Libya, Syria, Afghanistan, Mali, Ukraine, Paris, Ft. Hood, St. Louis, New York, Chattanooga, or San Bernardino! Hillary essentially wants to do the same thing. Despite her complete “ignorance” of any national security issues as Secretary of State and the secret email server scandal she created because she “did not think it through”, we are supposed to put our safety in her hands.   Clinton’s failure in protecting her own people in Libya and her later involvement in the cover up to try and make the Benghazi disaster simply go away make that idea an uninspiring proposition to say the least.

The cool aid drinkers and low information voters will ignore all this and vote for Hillary because … well, she is a woman and it is simply her turn. Please do not be one of those who vote simply based on a favorite bumper sticker slogan! Use the thinking brain God gave to you and vote based on facts, real convictions, and a logical assessment of where we as a nation are in real danger of going. Thank you!

2 thoughts on “Will You Defend America?”