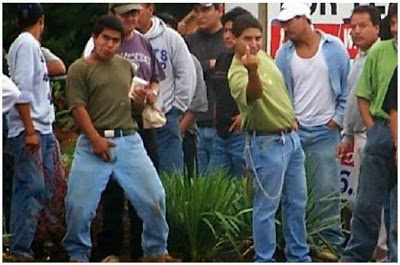 For me, real immigration reform does put the needs of the American people first.  It does seem we are the only country in the world whose immigration system puts the needs of other nations ahead of our own. I agree with Donald Trump that this must change.

Here are my three core principles for real immigration reform:

We must stop both the flow of illegal immigrants across our borders and stop those entering with student Visas, etc. from staying beyond the period allowed under their visa.  We must control our southern border.  This may include a wall for many sections of the border and perhaps electronic monitoring or other sensors for other sections of the border.  We must increase the number of border patrol agents and allow them to do their job correctly while working in concert with local law enforcement agencies.  Illegal aliens with criminal records should be immediately deported and not allowed back into the country.  Illegal aliens with clean records (other than breaking our immigration laws) who are working and contributing members of their communities should be given a path to citizenship that includes making restitution for breaking our immigration laws (perhaps a fine, community service, or military service) and then be allowed to apply for legal status.  They should not be placed in front of those who are currently going through the legal immigration process.  Sanctuary cites should lose all funding from federal and state governments.

All laws passed in accordance with our Constitutional system of government must be enforced by the executive branch.  The president and other law enforcement agencies do not get to pick and choose which laws they will enforce.  Reform the current immigration system to allow for more efficient legal immigration.

Any immigration reform plan must protect and improve the jobs, wages and security of all American citizens and legal immigrants.

FAQS:  The cost of not building a wall

2 thoughts on “My Immigration Reform Plan”