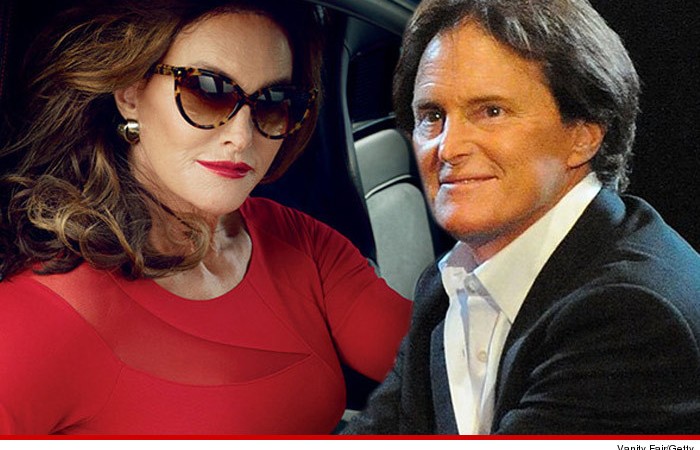 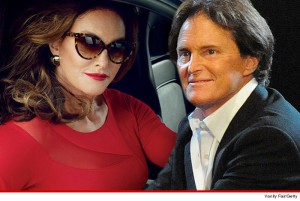 Meet America’s newest national hero, Bruce (Caitlin) Jenner.  Jenner is a true hero, at least according to the newest media darlings.  I guess this is because he finally figured out that he was not really a boy, but actually a girl.  Luckily, being a member of the Kardashian Clan, she had enough money to feminize her new looks and augment her breasts. Or this whole thing could have been pretty ugly

Personally, I think a lot of liberal women actually do not like men.  They want girls with penises;  you know … the whole metro-sexual thing!  Anyway, As I understand it, Caitlin is keeping her penis.  This is probably a smart move … just in case she later decides she is really a boy again and needs to change back.  This is a real possibility should the Kardashian Clan need a new publicity stunt to bolster their sagging revenue streams.   I am not sure penis re-attachment surgery is available yet, but maybe if she kept it on ice?  It is probably is a much safer bet just to keep it attached for now.

All joking aside, I am really happy for Caitlin (formally known as Bruce) Jenner.  If he is happier as a she, who the heck am I to say he can’t be a she.  As a conservative and a true believer in individual rights … more power to him or her.  I am just not really buying into the great American hero spin being trumpeted by the media. So ESPN awarded Caitlin Jenner the Arthur Ashe Courage Award. So what?  It doesn’t really mean a thing.  Anyone can create an award and give it to whomever they damn well please.  I do think it is about as silly as Barack Obama getting awarded the Nobel Peace Prize for things they hoped he would do in the future.  We see how well that all worked out.

Standing with Rick Perry during his announcement were two other men.  U.S. Navy SEAL Marcus Luttrell, of “Lone Survivor” fame, and his twin brother, Morgan. The Luttrells, who are from Texas, have gotten close to Perry over the years and Marcus is known to have a close, almost father-son, type of relationship with Perry.

It is a real case-in-point that the media representatives present did not recognize the two men standing behind Perry. How is that even possible?  It is a real commentary on the current state of journalism, or lack there of, in this country.  They certainly rushed to recognize what a great hero Caitlin Jenner is and I bet they could pick her out of any crowd.   O.K.,  So maybe they might not know who Morgan Luttrell is, but Marcus Luttrell?  Are you kidding me?  Four clueless left-wing journalists revealed via their tweets that they had absolutely no idea who Marcus Luttrell was.

1) Ellen Mitchell.  This is particularly scary to me because she is a Washington-based reporter for Inside Defense, covering Army helicopters, UAS, radios, vehicles and TRADOC.

2) Katie Halper.  Another scary one because she is a history teacher at The Dalton School; besides being a progressive, comedian / blogger at Salon, The Nation, Feministing & Comedy Central.

3) Judd Legum.  Is Editor in Chief for ThinkProgress and the Senior Vice President for Communications at American Progress so it is not surprising that he would not recognize a real hero.

4) George Zornick.  Prior to joining The Nation, George was Senior Reporter/Blogger for ThinkProgress.org. He worked as a researcher for Michael Moore’s SiCKO and as an Associate Producer on “The Media Project” on the Independent Film Channel. 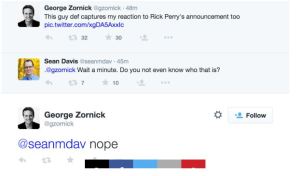 Army Ranger Specialist Zac Oja had this to say:

The priorities in this country are so screwed up as it is. A transgender person like Bruce Jenner is a hero. But someone sacrifices their college scholarship and their time to join the military and they don’t get nearly as much recognition.

We’re missing the overall point of what this country was founded upon, collective sacrifice for the greater good. The fantasy of America is what we focus on. Caitlyn Jenner, a multimillionaire and the Kardashians are the ones shaping our reality. What happened to the soldier who deployed his 12th tour in Afghanistan, that’s my definition of a real hero.

The usual hero is a day-to-day person, who does it out of a sense of purpose. They don’t do it for Instagram likes or retweets. I’m not surprised they don’t know who Luttrell is, our priorities are so messed up in this country.

Those reporters represent a smaller portion of America that is more engaged in what sells than anything else. And a Navy SEAL war hero doesn’t sell so well anymore. For them to not know who Luttrell is a perfect snapshot of what the country’s greater priorities are. Because I guarantee if Perry had the Kardashians standing next to him, everyone would be able to identify those people.

I think Army Ranger Zac Oja pretty much sums it up!